BKGC SCHOLARS
*Wearing Face Mask and Maintaining Physical Distance is henceforth compulsory within the college premises. *Green Campus Champion 2020 awarded by Government of India. ******1st Semester UG and PG Classes will resume as per the routine on and from 3rd February, 2022**** 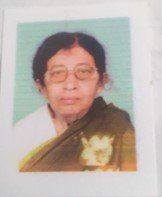 Assistant Professor & Head of the Dept The Department of Physics started on 1966. It was initiated by Prof. Swapna Chatterjee, (a part time Lecturer in Physics) under the patronage of founder Principal Bijoy Krishna Bhattacharya. The then incepted 1st course was one year pre-University Degree (10+1) under University of Calcutta. During those nucleation period 1966 – 1968 there was no full time teacher in the department. In the year 1969 the dept. was upgraded to B.Sc (Pass Course) under University of Calcutta (with physics as pass/minor subject). This was a land mark in the locality and district in regard to spreading of science education among women and it enthused to student strength of around 100. The then initiators were Prof. DipanjanRoyChaudhari (who retired as Professor of Physics, Presidency College, Calcutta on 2001) and Dr. Susanta Bhattacharyya (who retired as HOD, Physics, Shibpur D.B. College, Howrah) as part time Lecturers. It was like plantation – seed to germination into plant and it was turn for flowering in the plant. In the same year Prof. Bata Krishna Som joined at the Dept. as a part time faculty member, followed by him Prof. DibyenduChakrabarty joined to the Dept. in 1970. Prof B.K. Som and Prof Dibyendu Chakraborty made significant contribution towards all round development of the Dept. since 70’’s so as to make the department as flowering plant.

Prof GouriSanyal (who joined at the Lady, Braboune College Kolkata later) joined at the dept. in early 70’s. Around 1977 under the patronage of the then Principal KeshabChakrabarty the dept. was inspected (for up gradation to Hons in Physics at Degree level) by Calcutta University. During the tenure of proposal and inspection Prof. Chakrabarty and his team made enormous effort for the up gradation of the Dept. Finally in July 1981 under Principalship of Ajit Kumar Ghosh the Dept was up graded to B.Sc (Hons in Physics) was incepted from the session 1981 – 1982. In that very year Dr. Anuradha De  joined at the Dept. replacing Prof. GouriSanyal (who moved to Lady Brabourne College, Calcutta). In view of the up gradation DPI, WB granted six member faculty in the dept, which was filled subsequently in phase wise manner.

Prof A.K.Sarkar joined to the Dept. Nov. 1982 against 4th post. In Oct 1985, Smt. Manjushree Ghosh joined against 5th post & Dr. SubhraNiyogi joined at the Dept. on Nov. 1987 against 6th post. By this timeDr.A.De joined to a post Doc. Fellowship at Japan in the year 1984. Unfortunately her service was terminated in the year 1987. Till date the 3rd post lying vacant. In  1996, 14th Jan the Dept. receive a great blow with sudden death of Dr. B.K.Som. The Vacant position was filled by  SunandaMaiti on April 1997. In the year 2002 Prof. D. Chakrabarty HOD, Physics, joined as Secretary, West Bengal Council for Higher Secondary Education. Dr. (Mrs) Chandra Dasjoine on this leave vacancy  on Jan. 2003. On completion of the tenure as Secretary, WBCHSE, Prof. D.Chakrabarty, resumed his departmental chair on Sept. 2004. The notable founder of the department Prof. D.Chakrabarty retired from the service on 31st Jan. 2005. Sri Somen De filled the vacant position of Prof. D. Chakrabarty on late June 2005. Smt. Manjushree Ghosh retired from the service on Dec. 2008. Dr. NanditaPalit filled the vacant position of Smt. Manjushree Ghosh. Dr. A.K.Sarkar retired from the service on 2016.

Till now there is no full time teacher  against his post. Ms. Gargi Manna joined as CCTT in Sep 2016, for this post.

Now the Department has four full time Teachers and one CCTT.

To provide opportunity for Science Education to a large no of students from different economic and cultural background.

To encourage innovative thinking and creativity and instill research skills in our students.

To supplement and enrich the existing curriculum through seminars and Extension Lecturers by Eminent Teachers.

A] Library: The Department has its own updated seminar library. It is quit rich in collection of text and reference books. Complementary copies provided by the different publishers are also kept in the department for the use of the students and faculty members.

B] Internet facilities: The central library and the department has its own internet access students and staffs.

We plan to request for one more class room which will enable us to carry out Theory classes simultaneously for all three Semesters. Our Departmental library can be used in a better way by the students if they get a room as their reading room.

We are thinking of carrying out some small R & D work to extend research.

POs PSOs and COs In the year 2017,     5 students got 1st class in C.UB.Sc Part – III (Hons) Final Examination. 1 of them has completed M.Sc from Velore Institute of Technology and ranked 1st in M.Sc. Others are perusing M.Sc from IIT Gwahati and VisvaBharati University.